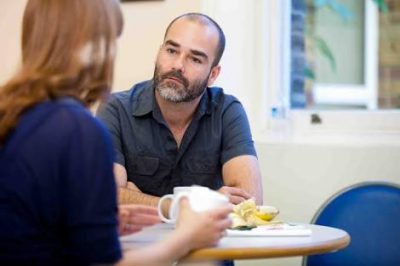 “Sincerely Zee, as far as I am concerned, I am done with this marriage! I am done!” Dan, my very close acquaintance who had married one of my best friends complained to me bitterly.

We were six in our group while in school- Zack, Dan, Debbie, Matt, Meeky and I.

We were then called ‘The Invincible’ because being in the medical profession together, we led the class and in the fellowship too, we had this choir group that shook concerts and Christian gatherings.

When it was time to get married anyways, none of us left our Israel in search of any spouse- we all got married in our circle!

While it was easy for the Ms and the Zs to click and marry one another, the Ds were not so lucky as they had many hurdles to jump- the parents were not in support of the union, they both lost their jobs in the process of fighting for their love and Dan was involved in an accident that made him to lost his right thumb.

Even though there were many things that tried to stop the union, we all could see God in the picture and eventually, after five years of fighting through the thick and thin, both of them got joined together in holy matrimony.

What they passed through gave them the opportunity to really bond and we saw a beautiful representation of a godly home.

So, what was Dan saying?

“Do you kinda need water Dan?” I asked, perplexed and he looked at me in shock, his eyes were very red as they shot at me. He was burning!

“Yeah Dan. I just can’t get you. I can’t even…” I was saying when I felt a hot touch on my hand which was on the table

“I am not happily married. Forget the camouflage” He said so that I could understand well but I was more touched by what I felt when he touched me.

I stood up and went round the table. I stood before him, waited for a while before jumping on the table before him.

“What?” He asked, looking so scared at the proximity between us. I laughed and shook my head.

“Dirty mind!” I exclaimed as I made to touch his forehead. I withdrew quickly at the first attempt

“What!” The heat emitting from his head could grill a fish to half done!

“You are sick?” I exclaimed again as I stood up and looked into his eyes for answers.

“Zee, I am not okay in all ramifications. Spiritually, physically, maritally, nothing is alright with me anymore!” He exclaimed again and I watched as tears rolled down his face.

In my ten years of counselling, I had never been more confused, perplexed and shocked!

“Debbie was never a devil!” I exclaimed and I looked into his face for his reaction

“She is not a devil still Zee. She is neither devilish nor angelic!” He said and I felt I saw hope again.

I could get it point blank- He was love starving!

And like Gary Chapman would put it, his love tank was empty!

“What do you think is the cause? What?” I asked and he bent his head and intertwined his fingers.

Alright, I picked a pen from my pen stand, picked a file from my drawer and wrote boldly ‘The Simpson’s’

I was ready to swing into action.

“How is your sex life?” I asked and he shook his head

“Tell me about it” I said and he looked into my eyes for a while with a ‘Should I or should I not?’ look

“Its not working! I don’t enjoy it! Its irritating.” He said and looked at my face to see if he should continue

“Its very funny when I am off mood at home and then I get outside the home and then, I am in the mood. Since I have noticed that, I knew my marriage is hanging on a thin thread” He said and I scribbled some few points down.

“Are you done?” I asked and he nodded but he wasn’t done apparently as he talked on still.

Well, that met me with a shock because I lived with Debbie in my 300Level and though she was not a neat neat neat kinda person, she wasn’t dirty!

“When did this start?” I asked and without even racking his brain, he combed through his hair and sighed bitterly

“It declined gradually. After the birth of Ruby, there was a fall, then Emerald, then Jasper now, the decline is so bad!”

With that said and noted in my file, I stood up, picked my purse and car key and beat my table with finality.

“You can’t be…” He was saying when I smiled broadly

“Trust me” I said and he did trust me because very obediently, he followed me out of my office.

******
We got to the door leading to the sitting room and Dan looking into my face as he sighed, made the sign of the cross.

I smiled reassuringly and he knocked

“Ta ni oooo” My friend answered from inside and smiled as my heart tingled with love.

Even though I was not happy that Dan was in this kinda situation, I was so glad to hear my friend’s voice after about a whole year without hearing from her.

“Its me” Dan said and I heard the children jumping, probably from the chair, towards the door.

I signalled for him to enter and he did enter. I waited for a while to listen to the conversation that will ensue

“Hello dear” Dan said and I heard my friend’s voice as she struggled with something.

“Oko mi oloyinbo de ooo” She said and I literally laughed at the nostalgic feelings that covered me from head to toes.

“It is well” Dan said as he probably entered inside

“Even in the welllliiii oooo oko mi” She said as she blew something with her mouth and then, I heard the cries of a baby.

I decided to knock at the door too

“Tani oo” She said again and I decided to jump protocols and just peeped my head through the curtain, my face being brightened up by my very broad smile.

I wanted to see her shocked expression and her happy smile and probably her friendly jump at me.

What did I just see?

I had to ask myself some series of questions to be sure I was in the right place.

But I was in Debbie Simpson’s house of course….

Her husband entered a while ago

Where did it go all wrong?

(This is for the married, singles and everyone alike seeking to have a home that is built on Christ no matter how wrong it might have gone. You sure will enjoy it)

%d bloggers like this:
We use cookies to ensure that we give you the best experience on our website. If you continue to use this site we will assume that you are happy with it.Ok