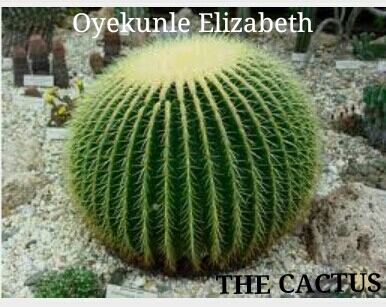 Everything is so unusual today…

The evening sky is unusually very black and red as if the sun is struggling to have itself covered in the black clouds.
My twin sister and I had a row that attracted a surprised crowd of students in the dormitory over an issue that was as minute as the management of our expensive deodorants; the most beautiful and qualitative mirror in the whole school- the souvenir my mum gave to me- just broke with a tipsy touch from me; it is almost time to have our dinner and it is bubbling noisy as students have their baths while whistling their best tunes, dressing up or chatting with friends.

“Something is very unusual! Something is not just right!” I thought as I wrapped my white towel around my sleek robust body. I could hardly even perceive the usual lavender scent of my $60 soap. Something is wrong. Lord, please have mercy!
——–
As I wore my evening cotton house wear, it appeared as if my heart wanted to fall out of the rib cage guarding it. A heat of uneasiness swept from my head to my toes. It was so strong it pulled me backwards and I fell on my bed. I quickly made for my pillows and clutched my bible to my chest with fear. I looked opposite me and there my twin sister was, looking at me with suspicion.

“I have a premonition of evil” I said, panting heavily. Fear clouded her face immediately. If she does not believe whatever I say, the story changes when it is about premonition. She believes me!

“Please don’t start again!” she said, fear smeared on her face, it was so obvious. She scurried to Bella, her best friend and confidant which slept adjacent her. She hugged her tightly and whispered something in her ear. The latter patted her back reassuringly as she looked at me, giving me her usual infectious smile that looked like it had lost its potency as I could hardly reciprocate.

Jayda has the right to be afraid. I had a bad premonition that mum was going to be maimed ten years ago when we were six years old. No one took me serious until mum was rushed back from Germany the next week on a wheelchair. Her spinal cord was crushed by a ‘hit-and-run’. She would never be able to walk again! Jayda was going to her friend one evening when I told her I had a bad feeling about her taking her new mini comp-phone with her. She wanted to show off but sadly the expensive gadget did not return wholly- it was broken beyond repairs. Last summer while we were at California, I told her not to wear a particular gown to the ball. She refused and wore it. A hoodlum almost raped her. She came home with scars. With the memories still etched on her memories, she has every right to be afraid of this premonition- just as I am too!
—————
Suddenly, the dinner alarm on the wall started ringing loud. At once, we looked at the wall clock. It was just 7. We have our dinner by 8 so this is unusual. The ring came again and again and again. The three of us held one another tightly as we moved out of our room. Others were out of their rooms as well; some descended the elevators, while the lift vomited some others. No one was saying anything but a wind of unusualness came over the whole hall as the main dinner alarm rang again. It is very unusual because the alarm goes only once. We all gathered in the middle of the hostel which is as large as the hall of the Nigerian House of Assembly!

“Jayden!” someone called out. I looked up frightened and saw Georgina the Assistant hostel Captain. She was shaking. I forced a smile to assure her. She signaled for me to come forward.

“We are the captains of this institution. No staff member is here to usher us into the dining hall which is unusual. It seems something is wrong. Let’s usher the whole of them into the dining hall. Let’s shore up courage, please. We are all scared” she whispered. I looked at the whole over 300 aristocrat girls. I was so touched that compassion flowed like blood in my veins at once.

“There is no problem everybody. It is well” the words came out of my mouth loudly that everyone looked at me questionably. I gave them a fake smile as I doubted what just escaped my mouth.

“That is true my girl . It is well.” A masculine voice said from outside. We heard some footsteps and two men came in. A dark tall one and a fair short one. Everyone shifted backwards, looking faintly. I took a bold step.

“Please sirs do you know that this is a girls’ hostel?” I asked fearlessly, almost angry. The fair man laughed. The dark one shook his head in a way that made my head so light it would weigh 10 gram.

“Bold girl! We know and we are sorry for barging in just like that. We are representatives from the National Security Council. Having heard of the scare that some terrorists are going to be detonating some bombs into your school this night, your school staff members have all fled. His Excellency, the president, sent us to bring you over to the government house for the meantime. Please cooperate with us!” his baritone voice rang in the hall like loudspeakers. I could smell deception but when I looked at my colleagues, they were smiling, relieved.

“I trust my dad!” I heard Benita, the president’s daughter say happily and confidently from the crowd. The others clapped and the men smiled. The way the shorter man smiled was funny. He smiled with his teeth opened. I was irritated.

“Sir, can you show us a proof that you have to been sent by the president? Any identity card or some evidences?” I asked to be sure. The men’s eyes flickered anger when they turned to look at me but they quickly wore a smile each. I was convinced something was wrong.

“I can understand your fears….” One of them was saying when I cut him short. He looked hurt but I did not care. I had lost my morals.

“You can’t understand sir. If everyone here is deceived, I am not…” I was saying when I heard some murmurings from my colleagues even my sister. They were saying something.

“Jayden, were you not the one that said you were having a bad premonition? These men have just stated the reason for the premonition. Our school is about to be bombed by terrorists. Can’t you get it? Why are you always so full of yourself! With the little I know about bombs, they can be detonated anytime from now. Why waste time. Please, let us get….” Jayda went on and on. I was sad as everyone supported her with their nods and started following the men to the exit.

“How can everyone just believe that Mrs. Hudson would leave the whole school because of a bomb scare, leaving us all here to be blown off by bombs? Let’s all be reasonable please. Let’s have their evidences and make sure this is real please” I was saying firmly but it seemed their minds were made up. Benita came up behind me. She patted my shoulder convincingly with a sarcastic smile. My gaze did not leave the shorter man. He gave me a deadly look. I shudder with grief. Everyone has been misled and they would not listen to their ‘Know All Jayden”-KAJ as they called me.

“You should be the one we should advise to be reasonable here my egoistic friend. Let’s move” Benita said. Jayda pulled my hand as she went towards the exit. I struggled to remove my hand from her tight grip but it was firm.

“Sister, please let go of your pride and cooperate. What would the men do with 300 girls this night?” she said as she looked into my teary eyes with disgust.

All of us filed out of our magnificent and ultra-modern hostel into the three largo-cargo buses they parked outside. As I looked at my hostel for what I guessed would be the last time, a gentle looking man pulled me into the bus. His hand was soft against my skin. I turned to look into his eyes but he had disappeared into the darkness of the bus.

The doors of the buses locked automatically and clicked with finality.
The engines were ignited as well. Jayda squeezed my right hand with assurance as the buses started moving to its destination- might be heaven or hell!

My heart dropped as my eyes swam in tears!

Watch out for the next chapter

This series is dedicated to the Chibok Girls of Nigeria abducted on the 14th April 2014.

Lizzy says thanks for reading. I love you all.