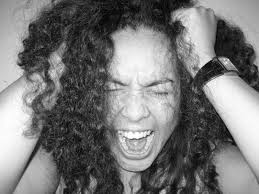 I had become the shadow of myself

I didn’t care about the way I looked anymore

I still followed them to church but my ears are always plugged with ear piece that if any usher comes around to stop me, I would show such the stuff I am made of.

I remembered one occasion when I was seated amongst the congregation in the adult church. An usher came to my side and pulled me with such force that I had to bite her hand.

What sort of a woman does that!

“I am a lady myself and not a small girl. That I am an elder’s daughter doesn’t mean you can drag me however you like” I screamed into her ears.

She was a very short woman so it was easy to speak straight into her ears.

We met mummy on the way and she just scoffed

“Have you seen for yourself now? The girl needs prayers” she said as she moved past us

“It’s a lie o Mercy. You were never like this and it is a lie…the devil has failed over your life” she said on and on

I saw that she was approaching the elder’s office and that was where daddy was.

I quickly bit her finger and she staggered back as she wriggled in pains.

I picked up my shoes and started running towards the church gate.

Alice saw me and came running towards me but I was determine to jab her if she ever tried to stop me.

Wouldn’t she just leave me alone?

After the incidence two weeks back, she had called my line severally but I had refused to pick up.

She was a Jesus’ girl after all!

“Catch her for me please” That was daddy’s voice

I am in serious soup!

Alice looked into my face softly

“Oh my God! What is going on with you Mercy? You have never been violent. Why would you start within just three weeks? Why? What happened?” she asked on

Alice looked at me as I was dragged.

She looked so caring.

I reached out towards her as I started screaming

“He’s your dad. He knows the best” she said, tears in her eyes already

I shook my head in total surrender and regret.

Could nobody look past the daddy, elder, pastor thing?

Couldn’t anybody feel my pain?

“You have finally become a nuisance” he said and I looked at me, shaking my head

“And you? You have not only become a nuisance. You are a nonsense!” I said
Since the incidence, I had lost every pint of respect I had for the once noble personality of my father.

I had lost it all!

He laughed loudly as he slapped me playfully on my face

“Stop touching me! Would you stop that please!” I cried again

“I love you Mercy. Don’t see it as a punishment or molestation. See me as your husband. I took your virginity. You are mine. I love you” he said and started coming near me again.

Immediately I saw him approaching, I quickly stood form the chair and dodged

I developed a strong allergy from the three words ‘I love you’.

Those were part of the words he spoke to me while he ravaged me.

I would never appreciate someone telling me that anymore.

He followed after me and I stood for a moment

“What would you gain from all these things Mr. Brown? Aren’t you supposed to be in the church? Is the sermon today not to be handled by you?” I asked on

Dark passion written all over his face

What could save me from another painful experience today?

“Remember I have good plans for you. Remember I pay your expensive fees. Remember, you dress well. Remember everything”

If I scream now, who would save?

Wouldn’t I expose this man after all?

He caught me and pulled me down.

His strength overpowered me and I could not move again.

Within two minutes, it was over and he stood up, went on his knees beside his table to pray while I looked and picked up his bible.

I shook my head as tears ran down my face

He came near me and pulled me with a hand which I bit as if I was going to chop off a chunk of his flesh.

I saw different stars before I tumbled and fell into a settee.

He pulled me by the arm again as he opened the door.

He closed the door and locked it.

I didn’t know what could happen next

‘Is this how this would continue?’ I cried on

There was nobody available.

I couldn’t even forgive myself either.

I said I was going to really be a devil

What had happened to my resolve?

“Should I just go and take the mic and confess to the whole church? Should I tell the whole world how devilish this man I call father is?” I shouted into the air.

“No please. Don’t” a voice said from behind me.

I turned back to look at the person talking

Her fair face was as red as pepper!

Tears kept falling down her face as she came close to me, sat down and hugged me tightly

What was going on?

What did she know?

Why was she crying?

“I am sorry. I am really sorry” she continued saying as she cried harder

After weeping for a while without me moving, she looked into my face.

Her eyes were blood shot

“What is it?” I asked her and her mouth scattered again as she burst into another round of tears

“I know. Now I know…what was being cooked that had burnt down the whole house. Now I know” she said and I looked stunned

I smiled to cover everything up.

She looked deep into my eyes again

“Exactly what is making you cry. Exactly what has made everyone to term you possessed” she said

She must not know!

How would she be looking at me henceforth?

Many ‘how’ questions flooded my mind

“What are you saying? I am just going through some emotional issh….i am..plus…please?” I stammered and she covered my mouth

“I understand my dear. What a very young girl of your age is going through…ah! It’s too much…it’s too much oh Lord!” she cried on and my heart shook vehemently in its cage

“What are you saying? Because daddy beat me inside? I was being rude that’s why” I tried to justify the whole situation
She held my hand and smiled ruefully

“You need not lie. What you did is understandable! Being rude by plugging your ears in the church as you didn’t want to hear your molesters preaching. Biting Mrs. Haruna as she dragged you into the hole of your molester and eventually being thrown away like pure water sachet after being crushed. I understand” she said truthfully and my heart dropped

How did she know?

The truth was what she had said but I could not contain it.

The truth of course is bitter!

I stood up and backed her

“What are you saying Alice? Exactly what?” I said, feigning ignorance

She touched my shoulders and I balked

“Don’t touch me. You know absolutely nothing about me. You can’t just say what you like and think you know how to talk. Leave me alone!” I almost shouted

“You mean I am wrong?” she asked

“There is no truth in what you are saying ma. Stop it!” I screamed and I started walking away from her

Where should I go to?

If I stayed around these people, I would be battered the more

What should I do?

How did this lady find out?

She was the only person I still had in the whole wide world asides Mr. Brown who still listened to me.

Why would she find out?

It’s a battle I can fight

I need nobody else to fight with me.

“Mercy” I heard a voice call out

It was a very dear voice

But, I didn’t want to see him at that time

Jean was our Proprietor’s son and he had been a friend from childhood.

We did almost everything in common until we got to J.SS 2 when there was a huge gap between us.

Now that we are in the senior class, I realized that I was attracted to him.

Everything about him appealed to my senses

I never showed it nor told anyone about it though.

Exactly what he wanted for me now is what I don’t understand.

As much as I loved him and really did care, I wouldn’t want him near me because if he did, I would really hurt him.

He just saw me as a friend

I saw him more than that; hence he should leave me alone!

For now, all male gender should leave me alone!

“Mercy” he called as he moved close

“Leave me alone!” I screamed so loudly that my voice rang in the whole compound of the church.

I ran towards the gate but I was bundled into the dark room of the security department of the church.

I panted as air rushed through my nasal cavity as if I had oxygen tubes attached to it.

…..it gets tougher please.