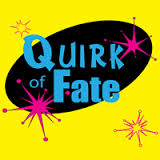 THE QUIRK OF FATE

My tummy was on fire!

My laps and my body shook so uncontrollably.

The sweat on my face, if it was oil was enough to fry a whole crate of egg!

What just happened to me was just a bad dream. It’s a dream that should end so quickly!

In a twinkling of an eye, I just lost my virginity!- not to anyone, not to Edwards but…a filthy…

It was the eve of my wedding day.

I had just come back from a prayer meeting and I went into the bathroom to have a cold shower because of the intense heat this season- I even had some heat rashes on my skin already.

I came back to Nigeria yesterday from Germany where I was working as a nurse for this great occasion after which Edward and I would just go back there. He also worked as an aeronautic engineer in Germany and we really loved each other!

My parents’ house was a stone throw away and the merriment was ongoing. I was there in the afternoon and I saw different activities of the cooks there with my mum and her friends doing the supervision. The look on her face was that of excitement and joy as her voice rose above the sounds of the grinding machine, bleating of goats, mooing of cows, honking of the cars and the music of the Disc jockey.

‘’Please, cut the fish a little bigger. There is a surplus. Please, no managing” she was saying to the cooks.

My mum had looked forward to this occasion for a long time and even yesterday when I arrived Nigeria, she had pulled me into her room and spoke softly.

“I hope you are still intact o” she asked in a very delicate manner but I feigned ignorance.

“Mum, what intact?” I had asked. She shot me a look that made me to burst out laughing. She looked on clueless.

I had always loved my mum…she was a combination of a caring, loving, prayerful, cheerful and godly mother plus she was a real comedienne, always making me laugh my ass out!

She had told me to move into the compound but I was to have a prayer session with Edward on phone through the night and I knew the noise in the compound would not allow me so I decided to have the prayer in my own apartment and then go back home afterwards.

The light wouldn’t be restored and the darkness was permeable but I didn’t want to put on the generator so I already got my lamp ready.

As I mopped my body with the towel, my phone rang and it was Edward. I smiled and my heart tingled happily.

“Hello my prince in shining armor” I replied and we smiled

We started the prayers with a period of thanksgiving and we were really engrossed in that when there was a loud noise at my door.

I had locked the gate when I came in and no one even dared disturb my prayers. Who could be at the door?

“Princess, what’s going on?” he asked but I couldn’t speak. My heart was racing fast as I approached the door.

The door had a security lock and it was difficult to break through.

‘My Father, I didn’t bargain for this at all. Please have mercy upon me’ I prayed silently as I pressed an alarm which would alert my dad in the adjoining compound that there was a problem.

Then I looked at my phone, Edward was still talking.

“Ok, I am on my way” I heard him say. I dropped the phone on the bed and knelt before the door, trying to pray but no word came forth.

Suddenly, a hand pulled me up, landed slaps and punches on my face and ribs and since my night robe was the button type, it was without much stress that I was stark naked as they pulled it off.

“Baba o!” I heard another voice from behind and the other guys shifted aside as the masked guy, reeking of alcohol came forward.

I started crying while covering my body with my hands.

That was the first time my body would be exposed before the opposite sex, talk less of a gang!

“If it is money, I will give you. I have enough. Please, don’t touch me in Jesus’ name” I cried as I found my voice. They laughed in a scoffing manner and I knew I was in for it as the masked guy pushed me into the bed.

My dad had gone to boast again!

He had always boasted to all and sundry and everyone that cared to listen that he had the most intelligent daughter in town.

Now, what had he gone to boast about?

I struggled and fought and called ‘Jesus!’ but they only made jest of me.

Two guys held my hands; another two held my legs while one sat on my head. I couldn’t breathe, I tried to bite his buttocks but it was unattainable.

I was helpless! I cried and cried until I lost my breath and I felt helplessly as the gate of my womanhood was tore open fiercely and painfully!

Something I had kept so securely and safe for my husband- my virginity was gone!

My heart ripped opened in pain and anguish!

“Chai! Na true o. she is a virgin” the guy said as stood up from me. The other guys left me and off they jumped past the window from which they had come. I heard the siren of my dad’s car and I shook my head.

“Oga, general don reach. You no dey hear the siren” one said but my father was too late. Of what use was his coming, after I had pressed the alarm minutes ago.

I couldn’t move from the bed and I was there, stark naked, sitting in my own blood.

My tears flowed but the masked guy stayed beside me still. I felt like cursing him; like biting him and cutting his life short.

He removed his mask and knelt beside the bed.

“Princess, this is my face. I am so sorry for doing this to you. I will go to jail if that is the case but please forgive me. I didn’t believe that there are still virgins in this world. Now I know better. Please have mercy” he cried bitterly. The door opened widely and my dad screamed when he saw the scene.

“Jesus!” he exclaimed again as the guy walked to him, his hands in total surrender. My father gave him a solid slap and he fell to his face. Dad was holding a gun but he didn’t shoot. He wasn’t that patient of a man and I just didnt understand.

He dragged him out of the room, out into the cover of the night to God knows where!

As I tried to sit, covering my body a bit with my night robe, the door opened and I looked back at the door.

There stood my Edward, looking with his mouth suspended and his hands on his head!

Tears flowed down my face!…..