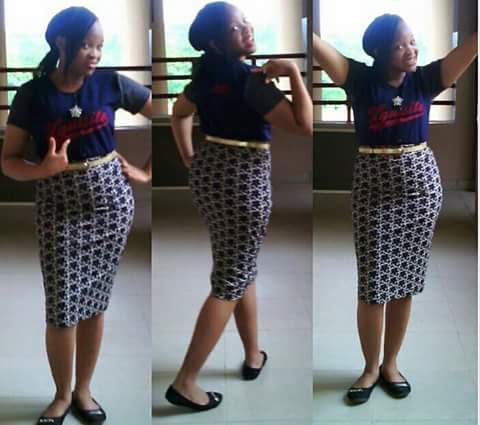 HALLELUYAH TO THE ALMIGHTY, WHO MAKES THE IMPOSSIBLE, POSSIBLE!!!!

The launching of her first novel was a few days back. Her resumption was to be tomorrow morning, and I was having mixed feelings about her going.

I was going to be in SS1 too, and though we had series of arguments- serious ones at that, I could not bare to let her go. She could be a good sister!

But what is the problem?
#IAskedMyself
why is she waking me up right now? I could feel her waking me up so vigorously that by the time I responded, it was rashly.

I turned to the other side of the very clothed matress, and pretended to be asleep.

Just after then, my mum rushed in, and started with some series of prayers.

My sister was wriggling in somewhat serious pain and I really was not just convinced that it was that serious.

I thought she was just being overly sensitive to pain.

We played so well together after church till evening, so what is this in the middle of the night?

Throughout the night, it was hell for me.

She kept calling my name and I kept shouting back at her. The more I did that, the more she cried. But, I was not in the mood to pity anyone.
I didn’t know that it was a serious issue, until I realized that she wouldn’t be able to resume that same year again.

I really felt bad….!
As much as I wanted her to still stay at home so we could continually fight and argue, I wanted her to go to school so that I could boast to my friends in class that my sister was in the university.

Gasping for breath one evening, I thought it was a pretense again.

Little did I know that it was no small issue.

On admission, she was immediately connected to the oxygen cylinder.
Then, the doctors came forward to say different stuffs and jargon, that I up till now, do not understand.
It was that bad!
They diagnosed what I would call a multiplex infection. They said she had osteomyelitis of the right leg, septic arthritis of the right knee. They said also that her bile was malfunctioning, and so she was jaundiced.

Her very fair complexion became very fairer.
She was dehydrated too and THEY said she had low blood level.
Hmmmm….All within how many days?!

Slowly, it started to dawn on me that it could be the last time I would see my only physical twin sister.
And the stories I’ve heard overtime about the UCH Ibadan, as well made me shudder.
Prayers started with full force…
…mum became nonchalant about how she looked, as all she wanted was good health for her child.
And I became the mother of the house…Imagine o!
This is an incident that would forever be telecast in the television of my heart.
Despite all the good memories I’ve had, this incident really brought out the good, emotional part of me.

She went through two years of physiotherapy after then. AND now…

She’s back on her feet, hale and hearty!
…you wouldn’t know she depended on crutches to walk for two good years, until I’ve told you.
#OurGodIsFaithful!

She can walk perfectly!
She is a graduate!
My elder sis…a mentor, a chief prayer warrior in the family, Mum’s favourite…(I didn’t say anything o), a gifted mama, a communication guru, and a lady with a very strong faith in God… I could not ask for a better sis!

Eli is a living Miracle!