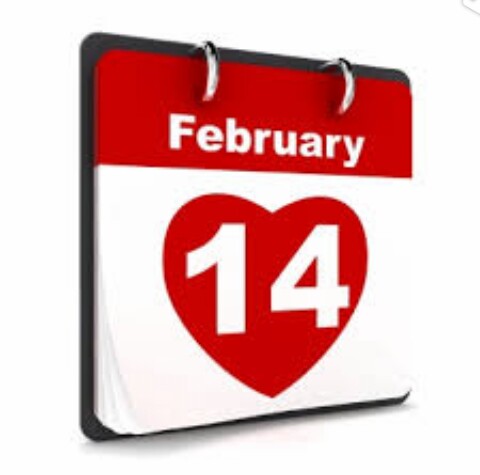 There were two customs and traditions practiced by the ancient Rome long ago.

They originated from two most sexually perverted pagan festivals “lupercalia” and “juno fabruta”.

February 15 (full moon).
This was a day in ancient Rome where they celebrated “lupercalia” (wolf festival) for sexual license.
This festival was celebrated in honour of “lupercus” (the god of fertility).
The luperci (male priest) would perform a purification rites in a lupercal cave palatine hill where they believed the abandoned twin founder of Rome – Romulus and Remus were bred by a she-wolf.

The luperci goes into the cave with 2 male goats for fertility and a dog for purification and sacrificed these animals using the blood and skin to make a whip called “februa”
They would run round Rome, dressed almost naked; dressed in the skin of the sacrificed goat to whip women with this small whip made from the skin of the sacrificed goat (februa)
Women often lined up to be whipped by these things because they believed that the whip was for purification, fertility and easy delivery.

February 14.
This was a festive day to celebrate “juno februata”- the goddess of love, marriage and women.
On February 14, billets (French note / small pieces of paper) which had the name of teenage girls written on it are put in a box and drawn by the boys at random and whichever girl’s name drawn by the boys from the box would automatically become his sexual partner for the rest of the festive period in that year.

In the fifth century, the Christians tried to sabotage this pagan practice. Even though they eliminated the sexual lottery, they didn’t entirely ban the practise because Rome didn’t entirely abandon its customs and traditions to embrace christianity.

Since the Christians didn’t achieve optimum success, they modified this practice by putting the names of saints in a box where they used to put the names of girls to be drawn by both boys and girls.
They would emulate the life of the saint they picked from the box for the rest of their life.

In tertiary institution or even in our modern churches today, names of sisters would be written in billets to be picked at random by the brothers whose names are drawn. Both parties would become dates on February 14 and they would exchange present on that said date.

This is done to increase marriages in the church. A bid for men to find life partners through these dates.

So actually the effort of the roman churches to sabotage this practises didn’t succeed after all!

In secondary schools, teens send note to their crush or desired girlfriends or write names and pick at random as dates. Or even spend them money- either from pocket money or transportation or any form to buy gifts for their partners.

Many lost their virginity this very day- some unprepared, while some set their mind to do it that day.

Some say yes to prospective boyfriends and seal the relationship with sex.

Have you ever wondered why teenage girls get pregnant after Valentine’s Day or why some others lose their lives?

The atmosphere has been manipulated!
That date had been programmed long before we came into existence.

The devil has programmed that day to kill, steal and destroy destinies but why teenagers.

May I remind you that the names written and drawn from the box were teens and they became sexual couples? The powers of the earth had programmed that day for sexual lust amongst teenagers and that is why they engage in sex even if they didn’t bargain for it.

God uses teens!
Teenagers are the foundation of the future.

They have fresh destinies, fresh talents, anointing and fresh power.

The strength of a youth is very strong to confront and conquer battles.

Old men are never sent to war. It is the youth!

So it is the teenager that the devil is looking for to sabotage their lives and one of the opportunities to destroy them is through festive periods like this.

A youth has powers both spiritually and physically.

Old men are wise and youths are strong.

God used lots of teenagers in the bible.

He has always used youths.

David was 17 when he slaughtered Goliath.

Jeremiah was called from birth but became a prophet at 17.

Daniel was ripped from his home as a teen and forced to live in a culture that celebrated sensuality, greed, and indulgence yet, Daniel never compromised.

Esther won the heart of the king and saved her people as a teen.

If he can’t get you on every other days, he would take advantage of a little opportunity he gets from you this Valentine’s Day to destroy you.

You might plan to attend a harmless party not knowing that the devil had made harmful preparations against you. You might say I just plan to kiss him but the devil had planned for you to have sex that will lead to unwanted pregnancy.

You might plan to just spend sometime indoors with him without anything happening but the atmosphere is already manipulated and rituals of sex have taken place against that same day long before you were born. You might not survive it!

You say it’s just a date but the devil would say it will be your dead end!

The devil has too many plans for you. Instead of spending time going to ungodly places and doing ungodly things from the protection of God, why not go to places where you can have God’s shadow to cover you?

Even if Valentine’s Day is a day of love, why not show love to your spouse, friends or family!

That would lead us to the other part of this write up titled “This thing called valentine”
Till I come your way same day next week, Shalom!