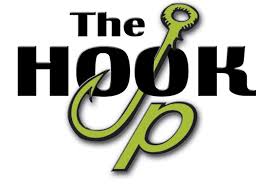 T. Ben stared into space for some minutes. He thought of what to do next as no answer came from Akintunde’s end.

His gaze shifted to the phone in his hand. He decided to dial AK’s line for the umpteenth time.

“They are in” Ife blinked back tears as she answered.

Inside, Mimi was on the phone with her mum. Her dad had called to know if she was safe, and had passed the phone to his wife (Mrs. Martins).

Miracle Martins happened to be the only daughter and child of Mr and Mrs George Martins.

“My baby, please come home. Abuja is becoming a threat to your life, to ours too, mine and your father’s. Pls come home baby, come home” Mrs. Martins pleaded.

“Mum, I am fine, you don’t need to worry or be afraid. I am totally fine. I told dad already”

“Sweetie, just for the weekend, please”

“Mum, I don’t have plans for Port Harcourt now. Moreover, I’ve just been…”

As he brought out the phone from his pocket to answer the call, what he saw was “Battery too low for radio use”

“Blackberry makkabish” he muttered to himself.

T. Ben dialed AK’s number again. But instead of the usual “dhum dhum”, it was “the number you have dialed, is switched off”

T. Ben’s frustration and worry accelerated. He gripped himself by both arms, in a bid to steady the rate at which his body shook.

“Love you too mum. Bye” Mimi hung up before Mrs. Martins could say another word.

Akintunde stood up from where he sat and stepped forward to give Mimi a hug. He had done the same with Farida earlier.

“Thanks for coming AK. We really could use your company” Mimi said.

“Erm, Love, have you called Timi and Peter? They could be worried about you, you know” Ife said.

“Peter isn’t in the country at the moment but, T. Ben, no I haven’t. Erm, my phone’s off” Akintunde replied.

Ife had no credit. Mimi offered hers.

“My love, Mimi and I will go freshen up. Farida would keep you company, please”

“Oh, great. No problem at all. Please go ahead. Farida swiry, you’re stuck with me now” Akintunde said in an attempt to make Farida smile.

As Ife and Mimi made for the room, Akintunde proceeded to dial T. Ben’s line just as he took a seat on the couch opposite Farida’s.

T. Ben’s head was still bowed when his phone beeped. He had expected to see “AK calling” but disappointed when he saw “unknown number”
His phone beeped again for the second time.

“Yeah, hello” he said as he answered.

“AK! AK, AK… Why have you been like this since the days of David and Jonathan?”

“Now that I know you’re alive, and you didn’t come home, it could only mean one thing”

“Your Samson has gone to look for his Delilah”

“Guy, I had my heart in my mouth already. I was terrified by the thought of losing you to that blast, God knows”

“We didn’t plan to part soon. At least, not in that way”

“My David’s heart rejoice for your safety. I’m glad man, I am glad”

“How is she, your Philistine babe?

“If she no be Philistine, why haven’t I met her yet?”

“Guy, she’s of the Lord. She’s an Israelite. She is to me what Rachel is to Jacob and what Rebecca is to Isaac. You’ll meet her soon”

“As you don carry Rachel and Rebecca now, who you leave Sarah for?”

“YOU!” Akintunde hung up immediately.